Welcome to day 28 of Blog a Day in May! We are so close to the end I can taste it!

A lot of people ask me why I don’t do more content on Youtube and the answer is pretty simple. It’s a waste of time. Look back to ten years ago, if you put up a video and used the right hashtags the chances were pretty strong that your video would be recommended to people who liked similar videos. These days the algorithm of the Youtube platform has changed and not necessarily for the better.

If you are a Youtube watcher such as myself, you might have heard some creators talking about the problems they are having on their channel with some of their videos being demontetanied, losing thousands of subscribers overnight and their current subscribers not being notified that they had posted a new video. This is all due to the change in the algorithm.

Youtube has created a new code into the platform so that the big names of Youtube such as Logan Paul have their videos recommended to vast audiences, whereas the lesser known creators have our content buried. But its not even as simple as that! This is even happening to creators with millions of subscribers such as Glam&Gore creator Mykie. The makeup artist has over two million subscribers and counting, yet she is still falling victim to the Youtube changes.

Mykie announced in one of her latest videos that many of her special effects makeup videos were demonetized by Youtube and their reasons were less than sufficient. One of her videos was demonetized because ‘she hadn’t made it clear enough that the gore on her video wasn’t real’, despite the title of the video clearly stating Special Effects Makeup.

Many Youtube creators are finding their careers at risk because of these changes. For those of you not in the know, many big Youtube stars make their income by making videos and having advertisements on them; the more attention their video gets the more money they will receive. But when a video becomes demonetized it means no advertisements have been placed on it and they won’t receive any money no matter how many people watch it. With how much effort goes into making some of these videos and then to receive nothing for it, you can understand why some of the creators are mad.

I can imagine some of you are wondering why the creators don’t just play to the rules to avoid having their videos demonetized. But that isn’t easy either. Youtube doesn’t appear to have a consistent rulebook for what creators can and can’t do. Logan Paul can apparently show the dead body of a suicide victim on his channel and have it pass the regulations (until the public got hold of it), but special effects artists are being penalized for showing something THAT ISN’T REAL! At the end of the day, it all comes down to money and which creators make the platform more of it. For everyone else, it’s a guessing game because nobody knows exactly why their videos are being demonetized and creators just have to hope their video doesn’t ‘break’ any of the unknown rules.

But what does that mean for anyone who wants to start on Youtube? It basically means it is harder than ever to get noticed on the platform. You can put a video up and only receive 10 views in three weeks. Not because your video isn’t any good but because the site itself isn’t sharing your content. So if you’re going to go for it, make sure you’re social media is at the top of its game and make sure you are sharing everything on other platforms.

Do you make videos? Have you noticed a change on Youtube? Let me know in the comments!

Not a Sweet Pea yet? Click that follow button to stay updated with all my posts. I have been posting every day this month for Blog a Day in May, check out my previous posts in the side menu and come back tomorrow for day 29! 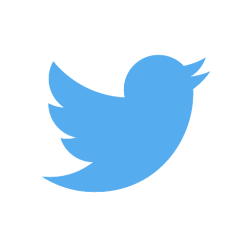 One thought on “BADIM 28: What’s going on with Youtube?”