We all have our heroes. As a child, my heroes were Steve Urwin and Robin Williams. They were people who were brave and funny and looked at the world in a different way. This year has been a weird one, I’ve faced things I never had to face before and I have overcome things and become stronger. Throughout the year, what has helped me is taking inspiration from strong people. Here are some of the people who have inspired me this year.

The whole world was shocked by what happened earlier this year at the Dangerous Woman concert in Manchester. It hit me hard as it was the first attack that had been close to home. I had been planning to purchase tickets for that concert, but I didn’t because I couldn’t afford the tickets. Hearing the news was like a hit the gut that night. But from all that horror, Ariana, a girl who is my age, stood up to the mark and stood up against fear. Not only did she raise money for the people who were affected by the tragedy, she always went to visit the people in the hospital and the families of those who died. In these dark times, Ariana reminded me that we need to be brave and remain united. 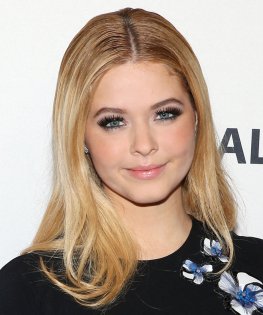 Recently, the Pretty Little Liars star spoke out in an interview about her recent weight gain. She confided that the reason for her increase in body weight was due to her diagnosis of Poly Cystic Ovary Syndrome. This condition affects hormone levels, causes hair growth, hair loss, weight gain, chronic pain as well as other horrible symptoms. It is also a condition I suffer from as well. Watching Sasha on Dancing with the Stars and watching her confidence grow made me feel warm and fuzzy inside. Knowing how hard it is to love yourself while your body is betraying you in ways other people don’t understand, I know how hard it must have been for her and I really felt inspired by how hard Sasha worked at re-loving herself. Not letting her PCOS control her life.

Michelle has been one of my heroes for many years. My drive to succeed very much comes from watching her grow her brand through my teenage years. But this year she managed to inspire me even further. After university, I was very much in the mindset of ‘once I’ve done this I will be happy’, then each time I succeeded I set myself a new goal in which I would be happy once I had achieved it. I was putting undue pressure on myself to succeed and it was getting to an unhealthy level. Then Phan returned to the limelight with her video, ‘Why I left.’ The video was a wake-up call, that actually nobodies life is perfect and you have to enjoy each day as it comes rather than setting up impossible expectations for yourself. Phan’s strength in admitting that she had been unhappy and her honesty that money and fame had made her that way was so refreshing. I love how real Michelle is. Which is why she will always be one of my heroes.

Not only did Cara save us from the horror of the thin 90’s brow, but she is an advocate for depression sufferers everywhere. As much as a lot of celebs have spoken about depression and anxiety, I love how Cara went about helping others whilst being honest about her own feelings. She explained in an interview back in October that she had considered ending her own life and that she had had to make the choice whether or not she was going to be able to like herself as much as she liked the idea of death. Delevingne used poetry to cope with her depression and she encouraged young people to do the same. If this is the first time you’ve come across my blog, you may not know, but I am a writer. I write poems and books and blogs. I feel myself when I am writing. Maybe this is why I see myself in Cara, why I connect with her. In a world where everyone puts there best selves on display, I love how Cara defies the norm. She allows people to see her for what she is; beautiful, funny, weird and a little bit broken. And I love her for that.

So these are some of the people who have inspired me this year! Who has inspired you? let me know in the comments or on social media, follow the links below.

Be sure to follow my blog to check out tomorrows post for the next instalment of Blogmas! There will be a post every day, right up until Chrismas day!